Depth of field (DOF) is the distance along the optical axis either side of the focus point that remains in acceptable focus. DOF can normally be improved by closing the aperture on the objective, yet only at the expense of optical resolution and with a significant loss of light - not an acceptable method when using microscopes.

The Grayfield Lens System, used in the SeeNano range of microscopes, allows for a variable depth of field of between zero and considerably greater than would normally be expected with light microscopes while maintaining maximum aperture on the objective and full resolution thereby avoiding the pitfalls closing the aperture would have.

Our DOF system is entirely based on an optical process in real time and does not require or use any computer processing systems, etc.

Using a special control, on the SeeNano microscopes, it is possible to vary the DOF independent of magnification, resolution or the focus setting with no loss of resolution.

The variable depth of field allows you to see uneven surfaces in sharp contrast or alternatively to see individual layers of living tissues without the higher or lower layers interfering with the image quality. Even at high magnifications, we can still maintain a greater than normal working distance (typically 1-3mm), it is rarely necessary for the objective lens to actually touch the object.

The discovery of how to increase Depth of Field up to levels significantly beyond normal limits is of profound importance in microscopy. Extended depth of field is a vital component in the ability to observe nanometer size objects, live and in natural color - something that cannot be done with conventional light microscopes mainly due to their inability to solve the depth of field and resolution issues.

Whereas there are other microscope manufacturer who have also managed to achieve higher resolution beyond the Abbe limit, the SeeNano series of microscopes remain the only light microscopes capable of combining significantly better resolution with enhanced depth of field and the Grayfield color contrast method.

It is only the combination of these 3 factors which allows for the viewing and filming of living unstained specimens in full natural color and real time without any damage to the samples even after prolonged viewing.

Without Depth of Field

With Depth of Field 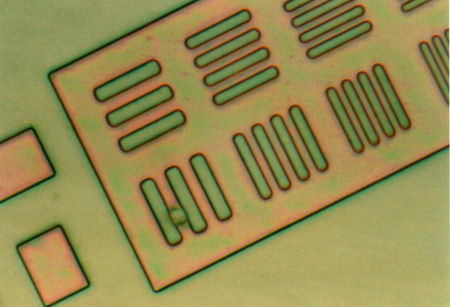 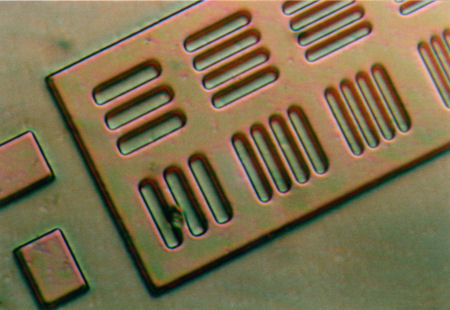 Part of a computer chip seen under the SeeNano microscope. Adding depth of field provides significantly more details
allowing a better understanding of the structure with a 3 dimensional appearance (not oblique).